Capacitors come in several guises but all involve plates of opposite polarity connected to an external circuit.

The air capacitor consists of parallel plates in air. More than one plate can be used, with one mounted on an axle, and rotated to vary the capacitance. This is used in radios and tuning circuits. 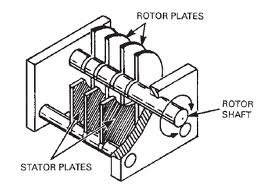 Paper capacitors consist of thin metal sheets with a sheet of paper between them acting as a dielectric. The three layers are rolled into a cylinder and packed in a metal or plastic case. These capacitors are cheap and simple, with capacitances varying from 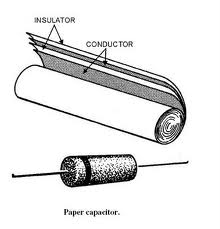 Electrolytic capacitors are made by passing a current through a solution of aluminium borate using aluminium electrodes. When this is done a thin layer of oxide forms on the anode. This oxide layer can be used as the dielectric. 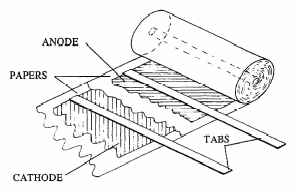