In the early part of the twentieth century there was much disagreement between astronomers about the structure and size of the Universe. This came to a head in a debate between the astronomers Heber Curtis and Harlow Shapley organised by the National Academy of Sciences on April 26th 1920 at the Smithsonian Institute in Washington D.C. 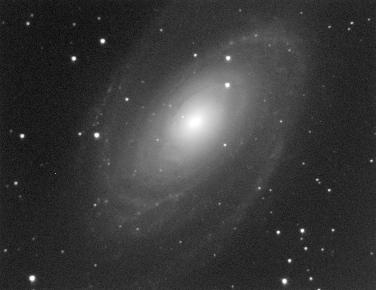 In the years leading up to 1920 Kapteyn surveyed the stars in an attempt to determine the structure of our galaxy and decided that our galaxy, and possibly the universe, was like a flat lens with a the Sun close to its centre.

Shapley believed that out galaxy – which he said was 300,000 light across - was the whole universe. He argued that the spiral nebulae, then recently discovered with large telescopes, were gas clouds within the galaxy.

Curtis believed that our galaxy was only part of a much larger Universe. He suggested that the galaxy – which he thought to be 30,000 loight years across - was shaped like a flat lens – rather like two plates placed face to face and that the spiral nebulae were ‘island universes’ outside our galaxy, a suggestion first made by Kant in the mid 18th century. Curtis’s ideas were based on star counts and the actual brightnesses of different types of stars.

In the mid-1920's astronomer Edwin Hubble discovered Cepheid variable stars in the Andromeda Galaxy (M31). Hubble used these Cepheid variables to show that the distance to M31 was greater than even Shapley's estimate of the size of the Milky Way and said that this meant that M31 was a galaxy separate from our own.

Further studies in the 1930's showed both men to be partially correct. Shapley was proved more correct about the size of our galaxy but Curtis was proved correct that our Universe was composed of many galaxies besides our own, and that spiral nebulae were galaxies just like our own.