Redshift or Blueshift Due to Star Rotation

Redshift or Blueshift Due to Star Rotation

Most stars rotate. During star formation, the gas cloud from which the star is formed contracts. Conservation of anugular momentum means that if the gas cloud was initially rotating, the rate of rotation will speed up.
One side of the star will rotate away from us and the other side will rotate towards us. Light from the side that is rotating away from us will be redhifted and light from the side that is rotated towards us will be blueshifted relative to light from the centre of the star.. 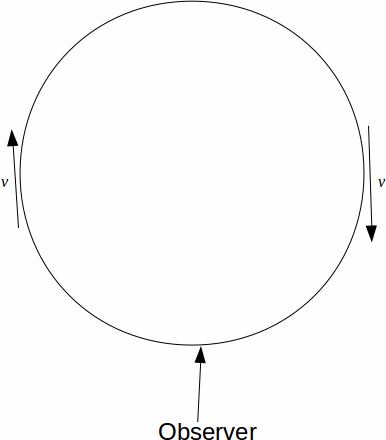