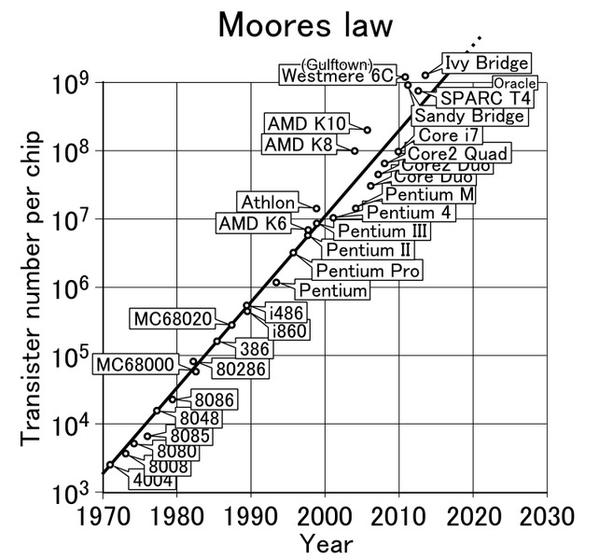 The limitation which exists is that there is a lower limit to the size of transistor, namely the size of an atom. This limit may in fact be irrelevant if light or quantum computers have become a reality. Many light photons and quantum bits which serve as the storage units can fit inside the same space.