Most light consists of light waves vibrating randomly - up and down, left to right or something in between. A single light wave (or photon) actually consists of a vibrating electrical component and, at right angles to this, a vibrating magnetic component.
We can pass light through a filter, called a polarising filter, which makes the electric component vibrate in a fixed plane. 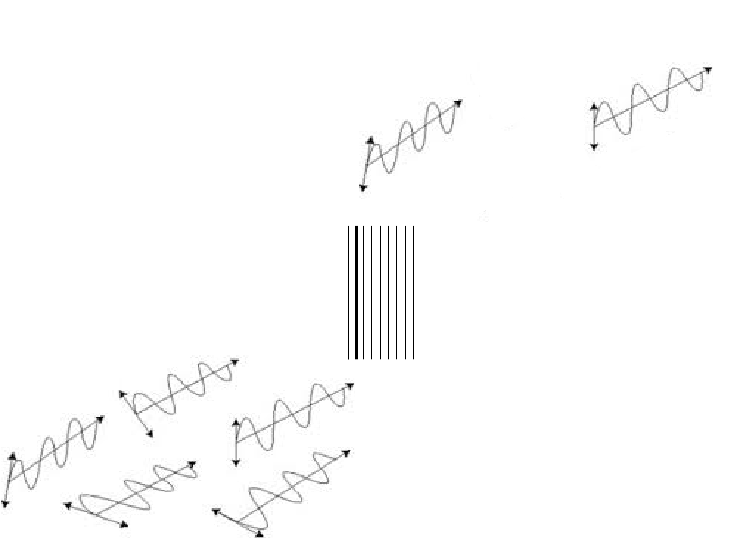