The ecliptic is an imaginary circle on an imaginary sphere on the sky that marks the path travelled by the Sun over a year. Because motion is relative we can consider it as the projection of the Earths orbit onto the celestial sphere - an imaginary sphere, centre the Earth. Because eclipses occur when Earth, Moon and Sun all lie on a line, the ecliptic is the circle on which all eclipses - solar (sun hidden by the Moon) and lunar (Moon hidden behind the Earth) occur. 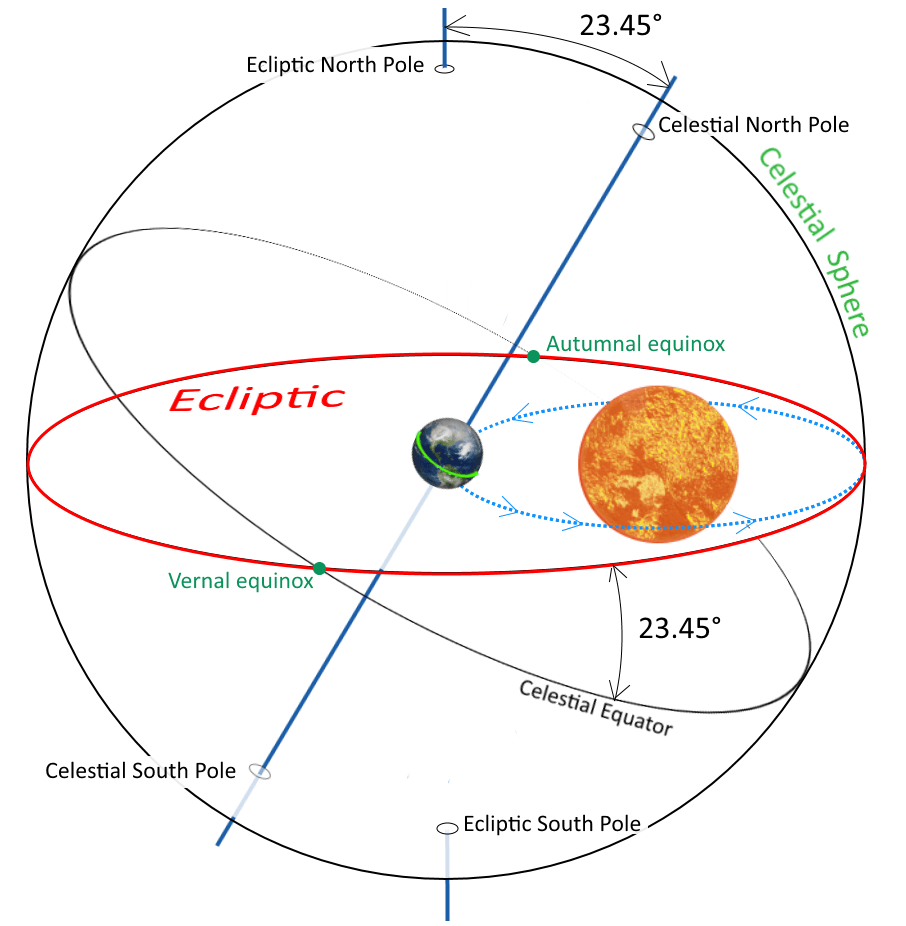 The axis of the Earths rotation is inclined to the Earths orbit around the Sun, so the Sun appears higer in the sky at some times of the year - summer - than at other times - winter. In the northern hemisphere, the days are longer than the nights from the time when the Sun rises above the celestial equator, on or near to the 20th March, to the time when the Sun falls below it, between the 22nd and the 24 th September. The length of the day is greatest at the Summer Solstice,when the Sun is higher is the sky at noon, and least at the Winter Solstice, when the Sun is lowest in the sky at noon.