Pulsars are actually rapidly spinning neutron stars - the remnant of a star between five and eight times the mass of the Sun, after it has exhausted all its fuel and undergone a supernova explosion. It is called a pulsar because we detect it by its emissions of radio waves. We detect rapid and very regular pulses of radio waves. In the collapse to form a neutron star, angular momentum is conserved, and the stars spins more rapidly as it collapses - hundreds of times a second. The magnetic field also becomes intensely concentrated, and charged particles moving in this field emit radiation.  A beams of radio waves are emitted from the poles if the star. If the axis of rotation is not aligned with the poles, the beam will trace out cones in the sky. Any observer on the surface of the cone will receive regular bursts of radio waves. 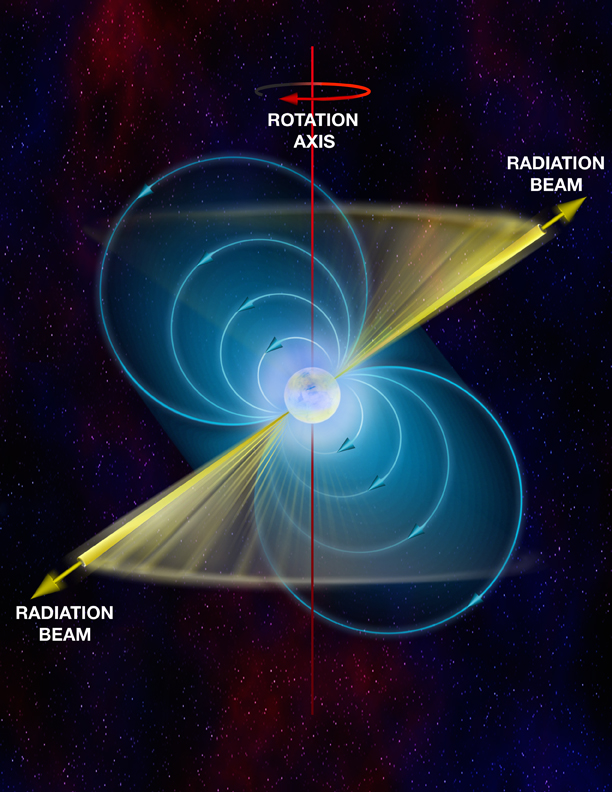