Demand for electricity is not constant throughout the say. Demand is lowest between midnight and 6am. As people get, up, turn on the lights, boil water to make tea, and switch on the toaster, demand starts to rise. During a major football match or film, during the breaks, demand shoots up as people boil the kettle. These major fluctuations in demand - a typical day is shown below - must be met. 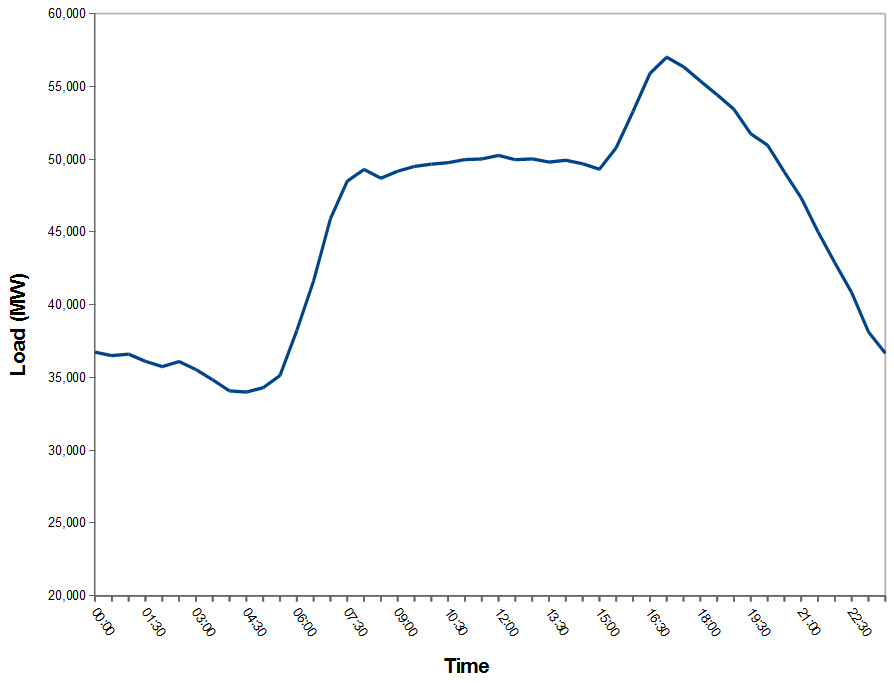