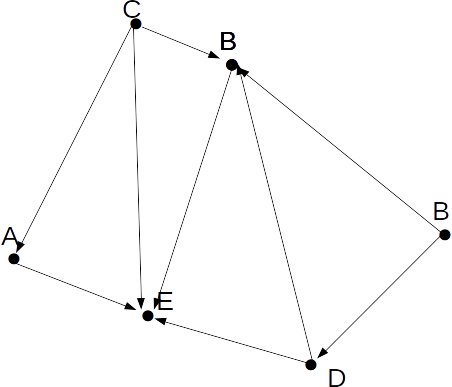 An arrow on a line from one person to another indicates that the first person influences the second. The influence table for this group of people is:
The most influential person can be said to be the one who influences most other people. This is C, who influences 3 people.